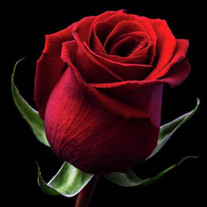 Rev. Charles Kevin Sullivan, passed into eternity on April 27, 2022 at the age of 85. Kevin Francis Sullivan was born August 06, 1936 in Massachusetts to Joseph and Ruth Sullivan. Kevin entered the Passionist Congregation in 1954, where he received the religious name, Charles which he used for many years. Rev. Charles Sullivan was ordained to the priesthood on May 1, 1964, at St, Michael’s Monastery in Union City New Jersey. Father served four years in the northeast preaching missions and retreats. He was then Associate Retreat Director at Our Lady of Florida Spiritual Center in North Palm Beach, Florida. He was the founding Pastor of St. Paul of the Cross, also in North Palm Beach where he served July 1970 to August 1982. He then returned to Union City, New Jersey where he served as Pastor of St. Joseph and St. Michael Parish, Union City, New Where he remained until his return to Florida in 1984. Father eventually arrived in Florida to become associate retreat director at Our Lady of Florida Spiritual Center in North Palm Beach. In 1970. Father was the founding Pastor of St. Paul of the Cross Parish in North Palm Beach in 1970 and served there for 12 years. He returned to New Jersey serving in a merged Parish there before returning to Florida when the Diocese of Venice was erected in 1984. Father's first assignment in the Diocese of Venice was as Administrator of St. Isabel Parish in Sanibel (1984-1985) before becoming Administrator of Our Lady of Mercy Mission (now Parish) in Boca Grande (1985-1988) and then co-Pastor of San Marco Parish in Marco Island (1988-1990), the Pastor of St. Ann Parish in Naples (1990-1993). In 1993, Father Sullivan helped establish St. Columbkille Parish in south Fort Myers as Pastor where the first liturgies were celebrated in modular units before a church was built in 1997. Then in 2002, Father was founding Pastor of Blessed (now St.) John XXIII Mission (now Parish) in Fort Myers which held its first liturgies at Noonan Elementary. Once again, Father oversaw the construction of a new church, which was dedicated in 2005. It was upon reaching his 70th birthday in 2006 that Father Sullivan retired. In addition to his parish work, Fr. Sullivan was known for his pastoral care to the men and woman of law enforcement. He served for decades as chaplains to local Law Enforcement Agencies, the Florida Highway Patrol, and the Federal Bureau of Investigations. Fr. Sullivan had a heart for those in this difficult field and valued them as family. Fr. Sullivan will be remembered for his simple, yet eloquent preaching, his practical, down-to-earth approach to ministry and pastoral care, his wit, and his commitment to those he served. May his soul, and the souls of all the faithful departed, through the mercy of God, rest in peace!

Rev. Charles Kevin Sullivan, passed into eternity on April 27, 2022 at the age of 85. Kevin Francis Sullivan was born August 06, 1936 in Massachusetts to Joseph and Ruth Sullivan. Kevin entered the Passionist Congregation in 1954, where he received... View Obituary & Service Information

The family of Father Kevin Francis Sullivan created this Life Tributes page to make it easy to share your memories.

Send flowers to the Sullivan family.