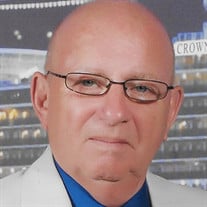 Frank John Leppert, 77, of Ellenton, FL, passed suddenly on November 12, 2021. Frank was born February 1, 1944 in Chelsea, Massachusetts to his parents Frank and Helen Leppert. He attended High School in Brookline, Massachusetts and is a graduate of the University of Massachusetts, Boston, 1972. In 1987 he retired from Massachusetts Correctional Institution and then married the love of his life Verna Margaret Wyllie from Wrentham, Massachusetts, whom he was married to for 34 years. Frank was a history enthusiast especially when it came to Civil War history and discussing the Presidential term of Abraham Lincoln. Frank was often found cheering on his Red Socks, New England Patriots and Boston Bruins and was a fan of both Country and 50’s generational music. Frank enjoyed collecting sports memorabilia specifically baseball trading cards, coached Little League in the late 70’s in Wrentham, Massachusetts, ran both the Boston Marathon and the New Bedford half-marathon in the 1980’s and was an avid skier and swimmer. Frank was a Certified Numismatist (coin and currency scholar); and a professional, certified locksmith. Frank was a Police Officer for Wrentham, Massachusetts, Corrections and Training Officer in Walpole, Massachusetts, Corrections Deputy for both the Manatee County Sheriff’s Office - Corrections Bureau and the Sarasota County Sheriff’s Office - Corrections Division. Frank also sat as a Board member of the Disciplinary Board of MCI, Bridgewater, Massachusetts and the Disciplinary Board of MCI, Walpole, Massachusetts. Frank is survived by his loving wife, Verna (Wyllie) Leppert, Ellenton, Florida; Sister Elena Richardson of Dedham, Massachusetts; Stepsister Christine Young of Coventry, Rhode Island; Daughters, Cheryl Vegiard of North Attleboro, Massachusetts and Lucy Gariepy of North Attleboro, Massachusetts; and Stepson Erick Flanagan (Amy Flanagan); as well as numerous grandchildren, a great-grandchild any many nieces and nephews. Frank was preceded in death by his parents Helen F. (Martins) and Frank J. Leppert of Charleston South Carolina, and a Stepdaughter Ellen Flannagan, Tucson, Arizona. A visitation will be held on Monday, November 22, 2021 from 3-5p at the First Presbyterian Church of Sarasota located at 2050 Oak Street, Sarasota, FL 34237. Following the visitation there will be a service starting at 5p. In lieu of flowers, please send any donations to Sarasota County Sheriff’s Office Charitable Foundation. Arrangements are under the care of Gendron Funeral & Cremation Services Inc. located at 135 N Lime Avenue, Sarasota, FL 34237. 941-365-1767 www.gendronfuneralhome.com

Frank John Leppert, 77, of Ellenton, FL, passed suddenly on November 12, 2021. Frank was born February 1, 1944 in Chelsea, Massachusetts to his parents Frank and Helen Leppert. He attended High School in Brookline, Massachusetts and is a graduate... View Obituary & Service Information

The family of Frank John Leppert created this Life Tributes page to make it easy to share your memories.

Send flowers to the Leppert family.