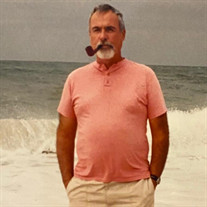 James (Jim) William Curtis, 85, of Cape Coral FL, passed away peacefully at Cape Coral Hope Hospice on 10/14/2021. James was born 5/18/1936 in Albany, New York to the late William (Bill) Curtis and Phyllis Ernestine Curtis. He was raised and educated in Rochester, New York where he graduated from Madisonian High School in 1956. A yearbook quote states "Happy go lucky, he drives a Ford. When you're with Jim you're never bored". After High School Jim attended and graduated Simmons School of Embalming and Mortuary Science in Syracuse New York, class of 1961. He also served in the Army Reserve and was presented a Honorable Discharge from the Armed Forces of the United States Army in August of 1962. He practiced mortuary / funeral services and drove a Coke a Cola truck for a brief time before spending most of his career at Eastman Kodak as a Chemical Operator for 21 years. In 1986 he moved his family to Cape Coral, Florida where he work in the hospitably Industry. His hospitably career continued at various locations throughout the Southwest region including South Seas Plantation, Sanibel Harbour Resort and Spa and RSW Airport until retirement. For those who met Jim, they quickly realized he was born to make people smile and laugh, he entertained everyone that crossed his path. Armed with his signature pipe and charismatic smile he loved sharing stories and telling his favorite jokes, all while holding a Manhattan or Bloody Mary in hand. He was also known to let out a "crow call" once in awhile, anything for a laugh. He defiantly loved and lived life to the fullest. His goal was to make at least one person laugh a day. While remembering Jim today and always. "...When tomorrow starts without me, don't think we are far apart, for every time you think of me, I'm right here in your heart." He is proceeded in death by his wife, of 50 years, Cheryl Lee Curtis and younger brother Thomas Gordon Curtis. He is survived by daughter Debra (Jeff) Saunders; sons, James, Michael, and Craig Curtis; and daughter Janet (Jarred) Ciccone. Also surviving are six grandchildren; Christopher, Steven and Mark Saunders, Kristy Coville, and Thalia and Cody Curtis. Three grandchildren, Jake, Grace and Lilian Saunders; and many nieces and nephews.

The family of James William Curtis created this Life Tributes page to make it easy to share your memories.

Send flowers to the Curtis family.