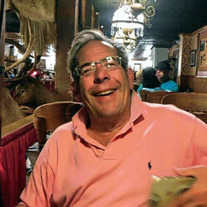 Jay Herbert Smith Obituary Jay was born February 7, 1953, passed away peacefully in his sleep on Monday, June 14, 2021. Jay was a resident of Venice, Florida and had moved from California in order to provide care for his father, a resident of North Port. Jay grew up with his family in Hockessin, Delaware and graduated from Alexis I. DuPont High School, where he was an active participant in athletics, the school theatre group, and the marching band. He was a member of the North Star swim team for many years. He created life-long relationships with his high school cohort and greatly enjoyed annual junkets with his golf buddies. He earned his bachelor’s degree at the University of Delaware. His real interest lay in environmental issues and he was fond of saying his educational background prepared him for feeling at home in a deciduous forest. After working several different jobs in the Wilmington area, he secured a position with the Finnegan Instruments Corporation. Jay worked predominantly in Sales and Marketing for many years, both in California and in New England. His final business venture was as Vice President of Sales and Marketing at Applied Biosystems. Jay also did various Contract work with Start-up Bio-Tech companies until his retirement at age 65. Jay enjoyed the outdoors and spent much time pursuing his many interests. Playing golf was a favored pastime and he loved cooking, gardening, fishing, surfing, skiing and caring for various dogs. A charismatic man, Jay laughed easily and was devoted to his extended family to include Jerry’s stepchildren Ashley, Jullian and Jason. Jay is survived by his partner, Eileen Figueira, her family Katie and Chris Nilan and his grandson Cameron, his father, Jack and his partner Jeannie, his sister Judy, brother Jerry and wife Christine, nephew Jeremy and wife Shalisa, his cousins Mary Sharpe and Cindy Cowell and their mother Anne. Predeceased by his mother Josephine Smith. A celebration of Jay’s life will be held on July 10, 2021 at 1:00 at the Unitarian Universalist Congregation of Venice located at 1971 Pinebrook Road, Venice, FL 34292. Arrangements are under the care of Gendron Funeral & Cremation Services Inc. located at 14538 Tamiami Trail, North Port, FL 34287. 941-423-9110 www.gendronfuneralhome.com

Jay Herbert Smith Obituary Jay was born February 7, 1953, passed away peacefully in his sleep on Monday, June 14, 2021. Jay was a resident of Venice, Florida and had moved from California in order to provide care for his father, a resident of... View Obituary & Service Information

The family of Jay H Smith created this Life Tributes page to make it easy to share your memories.

Send flowers to the Smith family.