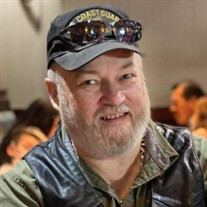 Roger M. Dent, 69, of Fort Myers, Florida, passed away on August 24, 2021, at Lee Health in Cape Coral, Florida. He was born in Davidson County, South Dakota, on January, 25, 1952, to the late Wilson M. Dent and Genevieve M. Strong. He married the late Jacklyn P. Bradley on June 5, 1974, in North Stonington, Connecticut. He served in the USCG for 20 years from 1974 to 1994, entering through the Coast Guard Academy in New London, Connecticut and retiring at the rank of Lieutenant Commander. He is survived by a son, Justin Dent and his fiancee Dannika Smith, of Groton, Connecticut; a daughter, Jillian McHugh and her husband, Shawn, of Portsmouth, Virginia; and grandchildren, Candice Dent, Brixton Dent, Achilles McHugh, Caitlin McHugh, and Sylas McHugh. Due to the current health climate, no funeral services are scheduled. Roger will be laid to rest next to his late wife at the Connecticut Veteran's Cemetery in Middletown, Connecticut. In lieu of flowers, donations may be made in Roger's honor to the Rainbow Bible Ranch, 14676 Lonetree Road, Sturgis, SD 57785 (605) 923-2367.

The family of Roger Minish Dent created this Life Tributes page to make it easy to share your memories.

Send flowers to the Dent family.