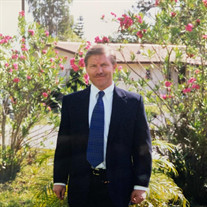 Timothy Wayne Sparks Indiana- Timothy Wayne Sparks, 61, died unexpectedly on October 25, 2021, at his daughter's home in Lehigh Acres, FL from cardiac arrest. He was born June 19, 1960, in Indianapolis, Indiana, he was the son of Dale Sparks and Marjorie Troxell (Ward). Timothy made it to his junior year of high school. He worked in many career paths, he worked in automotive from working on cars to selling them, from there he worked for D&D Hydraulics, and he also worked delivering milk for Velda, and bread for Merita bread. Timothy married his wife Cindy in 1992 and they have been together ever since. It would have been 29 years of marriage in November and they have been together for over 30 years. Timothy loved to watch Nascar, Football, and movies. The night before his passing he watched the Falcons Vs Dolphins game with his daughter, her boyfriend, and his wife because his son Travis is a huge falcon fan and he was in Miami for the game. He kept mentioning how much he wished he were there with his son that day to experience a football game in person. That night the Colts were also playing which he was a true fan, and I (his daughter Emily) wanted to watch a movie with dinner, so my dad got upset with me for changing it he was determined to see his Colts play he kept saying Emily put it back on its the colts so I changed it back for him. It honestly was the funniest thing ever because he got so worked up over it. My dad's passion for Nascar is how I got my name Emily from a race car driver named Emilio and he gave me the nickname Emo because of his love for Nascar. While he was in the hospital prior to his passing he was not quite with it, but he remembered me he kept saying my name Emo to my mom. All my dad wanted was to get to Florida to see his kids, grandkids and to meet his new granddaughter. I always saw my dad as a hardworking individual who always provided for his family even during the trying times. He was loving, caring, and he had a sense of humor. But he thought it was his way or the highway. My mom said my dad promised her he would change his ways and start getting healthier because she could not imagine losing him and he was doing his best to do so. She said when he came home from the hospital, all he would keep saying to her was “I love you baby”. His sister Vickie said my dad was always such a big brother, being protective of her even after she got married and trying to boss her around. My dad had a great smile and an even better laugh. He was a happy, fun man to be around. In addition to his parents, Dale, and Marjorie, he was predeceased by his grandmother Juliana McMaster, his brother James Sparks, and his son Brian Dale Sparks. Surviving in addition to his wife, Cindy(Carder) Sparks, are his daughter, Emily Sparks, her significant other Jose Maldonado, and their children Vincent, Mariah, Julianna, Elijah, Arabella, Gianna, Gabriella, and Genesis. His son Travis Sparks and his daughter Madison. His daughter Amie Jo Sparks and her children Jordan, Mason, Erica, and Jessica, and his great-grandchildren. His siblings Vickie Cipriani, Felicia Doll, Gregory Johns, and Lucas Johns and their families. And his Aunt Sherry Temple and many cousins. There will not be a service of remembrance at this time due to the fact he is being cremated in Florida. If you wish to remember Timothy in a unique way you can send flowers or memorial gifts to 4804 Southeastern Ave, Indianapolis Indiana 46203 or you can donate to his GoFundMe, or the Facebook fundraiser made in his honor to help with his cremation services. Links are listed below. Quote: You never said goodbye You never said I'm leaving. You never said goodbye. You were gone before I knew it, and only God knew why. A million times I needed you, A million times I cried. If love alone could have saved you, you never would have died. In life, I loved you dearly. In death, I love you still. In my heart, you hold a place that no one could ever fill. It broke my heart to lose you. But you didn't go alone. For part of me went with you, the day God took you home. I love you to the moon and back forever and always. https://gofund.me/1d1ecb5c https://www.facebook.com/donate/248248577328140/

Timothy Wayne Sparks Indiana- Timothy Wayne Sparks, 61, died unexpectedly on October 25, 2021, at his daughter's home in Lehigh Acres, FL from cardiac arrest. He was born June 19, 1960, in Indianapolis, Indiana, he was the son of Dale Sparks... View Obituary & Service Information

The family of Timothy Wayne Sparks created this Life Tributes page to make it easy to share your memories.

Send flowers to the Sparks family.